Lighting Up the Chinese New Year with LED LIGHTING

Lighting Up the Chinese New Year with LED LIGHTING

Chinese New Year 2023 will fall on Sunday, January 22nd, 2023, starting a year of the Rabbit. As a public holiday, Chinese people will get 7 days off from January 21st to January 27th.

As the most colorful annual event, the traditional CNY celebration lasts longer, up to two weeks, and the climax arrives around the Lunar New Year's Eve.

China during this period is dominated by iconic red lanterns, the LED decorative lights, loud fireworks, massive banquets and parades, and the festival even triggers exuberant celebrations across the globe.

Did you know that almost all of your holiday LED lights are made in China?

The Chinese people and companies who build this lighting technology are developing new innovations, better working conditions, and higher quality LEDS all the time. So in the 21st Century, decorating with LEDS for the New Year is as quintessentially Chinese as decorating with traditional paper lanterns. And the Chinese New Year is as much of a lighting holiday as Christmas is for us. Add together an ample supply of brand new LEDS with China’s most festive holiday, and you get quite a display!

Chinese New Year is also observed by Chinese communities all around the globe. One of the biggest lighting displays takes place at Kek Lok Si Buddhist temple in Malaysia. This celebration of light makes Rockefeller Center look dim by comparison!

LED tube lights: Everything you need to know
Tel
E-mail 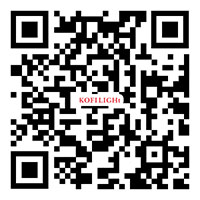